Royal Enfiled, known worldwide especially for the tireless and classic single cylinder motorcycles, has begun to take an interest in new market segments, as we have seen with the adventurous Hymalaian and the new 650 cc twin cylinder Continental GT and Interceptor. Now the company presents a totally different concept, a v-twin engine inspired by the '30s style, it have low and elongated shape and shows some absolutely modern details, such as the quadrilateral front suspension instead of the traditional fork, the LED lighting and the engine as a stressed member.At this time Royal Enfiled is not willing to bringing it into production, apparently the Anglo-Indian brand tests the waters to see the feedback of the audience in order to planning the future product range. 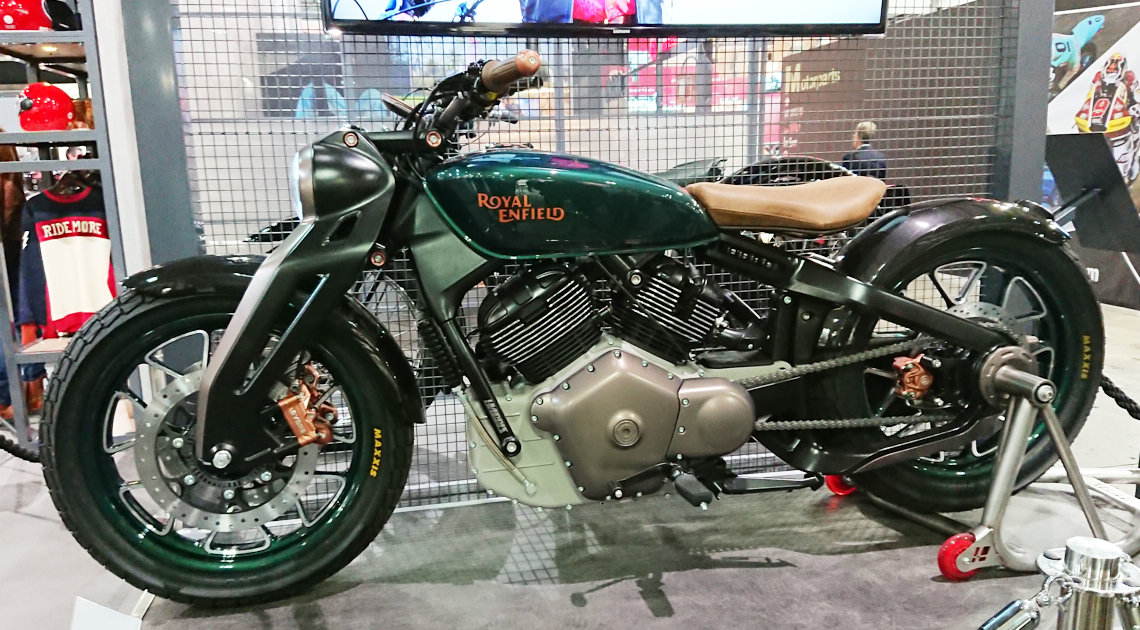 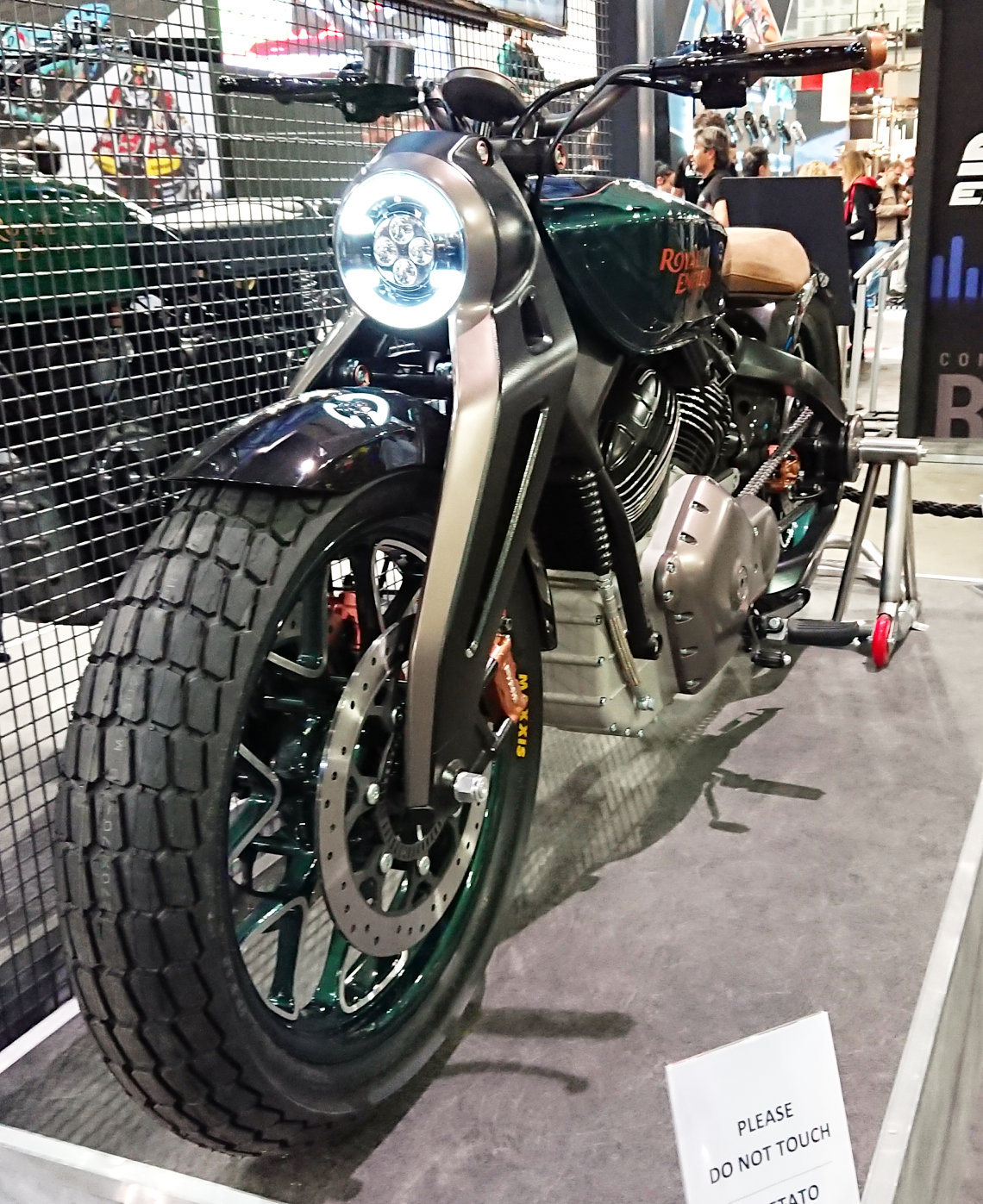 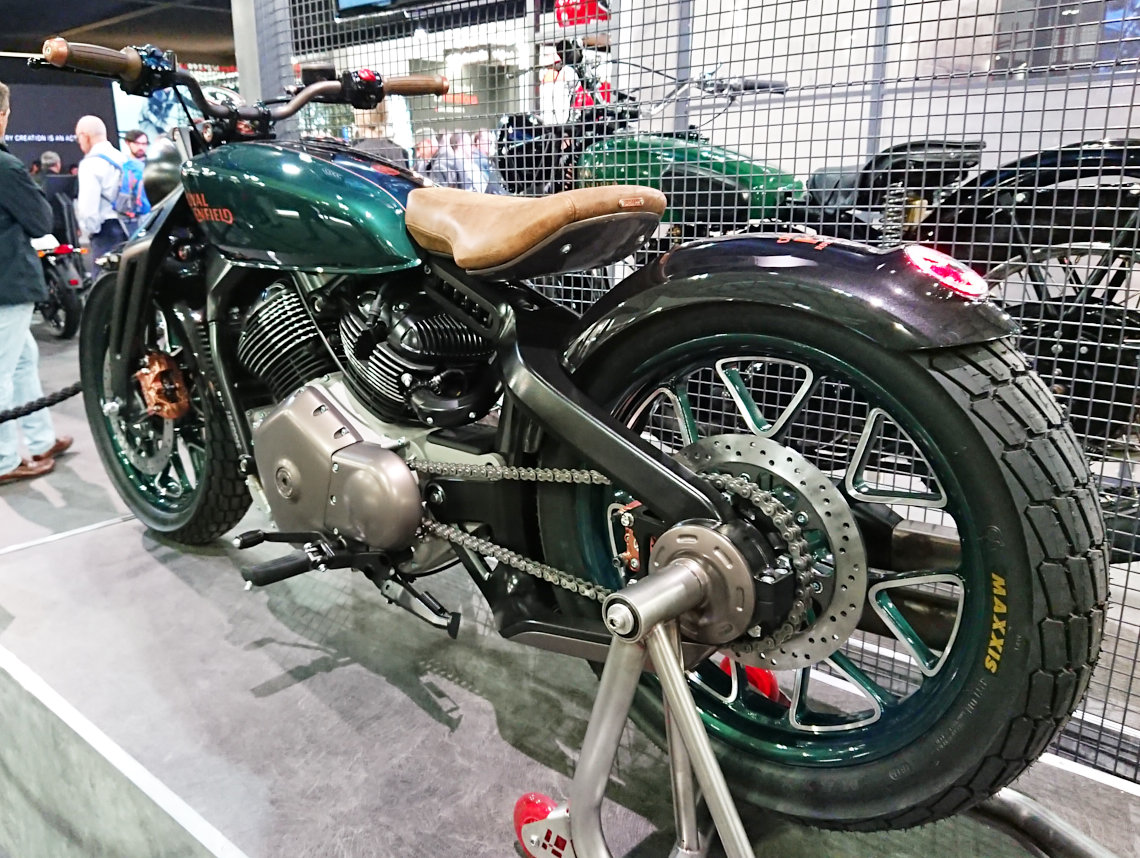 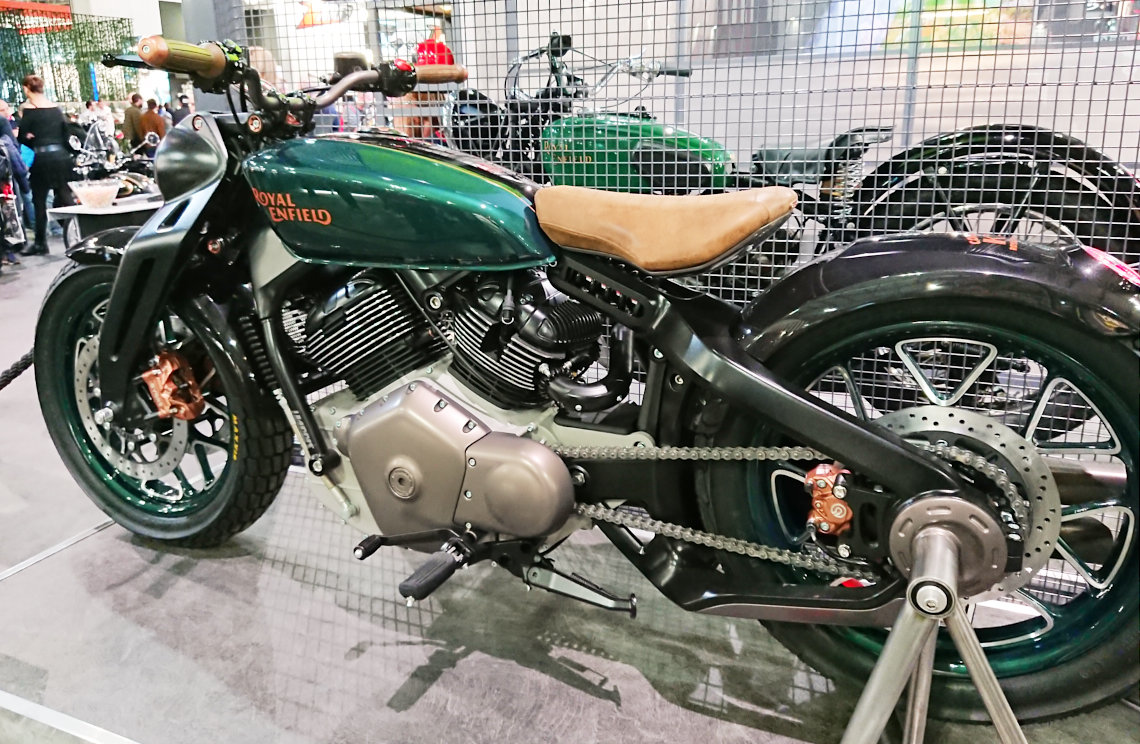 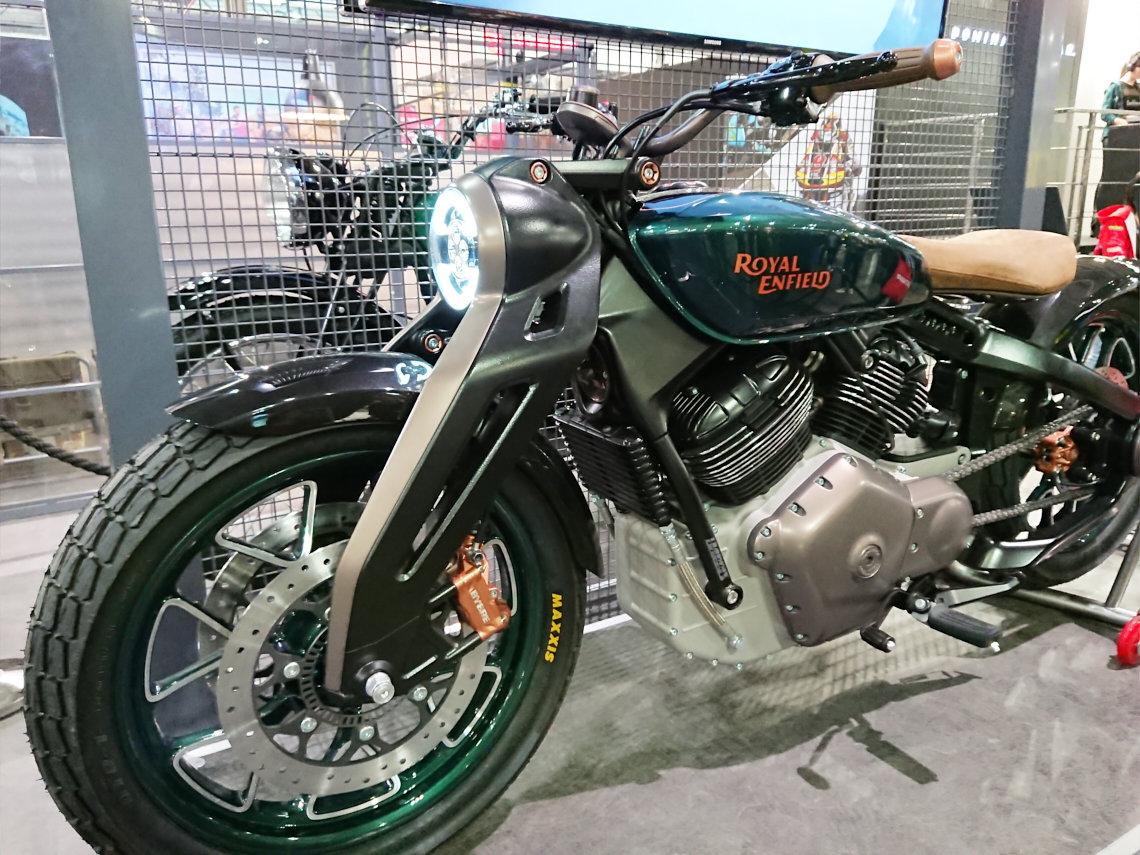