At Eicma, every year Honda dedicates space to new concepts coming from Honda R&D Europe. In 2017 there was the CB4 Interceptor, a cafe racer really appreciated by the audience, and last year there were two models based on the CB 125. This time the designer Valerio Aiello and his team introduce the new CB4 X Concept. 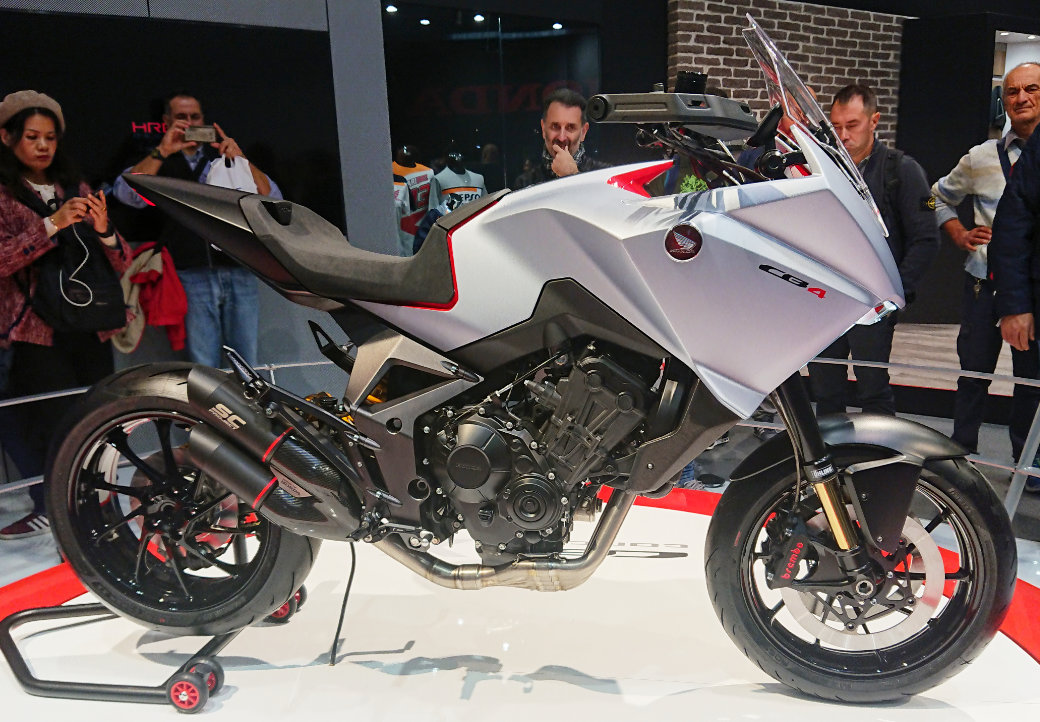 It's an adventure bike with 650 cc inline-four engine and 17 "wheels. The designer wanted to focus on sportsmanship, he has created something in between crossover and sport touring. The style is very close to last year's concepts, taut and edgy lines and at the same time essential.

The front is marked by a contrasting band that is visually contiguous with the profile of the adjustable windscreen. Headlights and intake duct are been cleverly hidden below the front fairing. The dominant colors are gray and black, red is used to outline the silhouette of the fairing and for other small details.

The tail is very tapered, despite this it allows the presence of the passenger seat. To emphasize the sporting vocation, the designer added small side flaps, as on the 2017's Interceptor model, and a double SC Project exhaust. 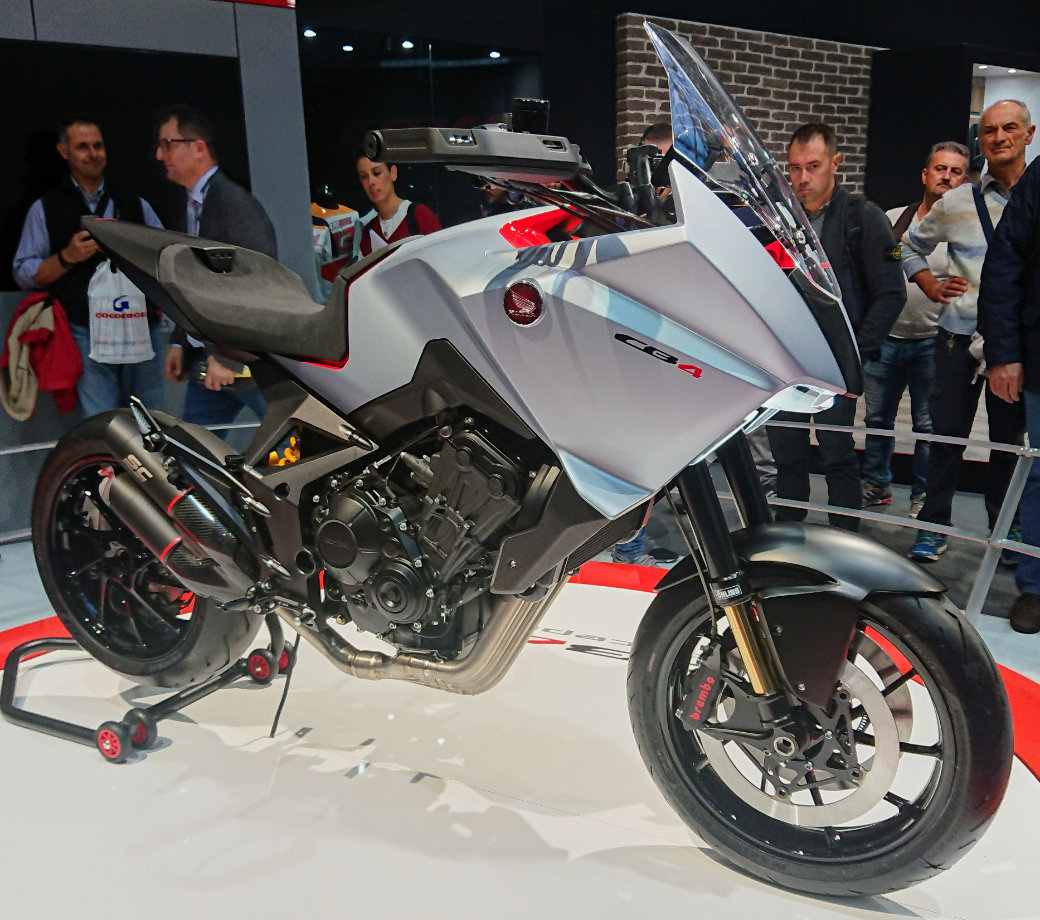 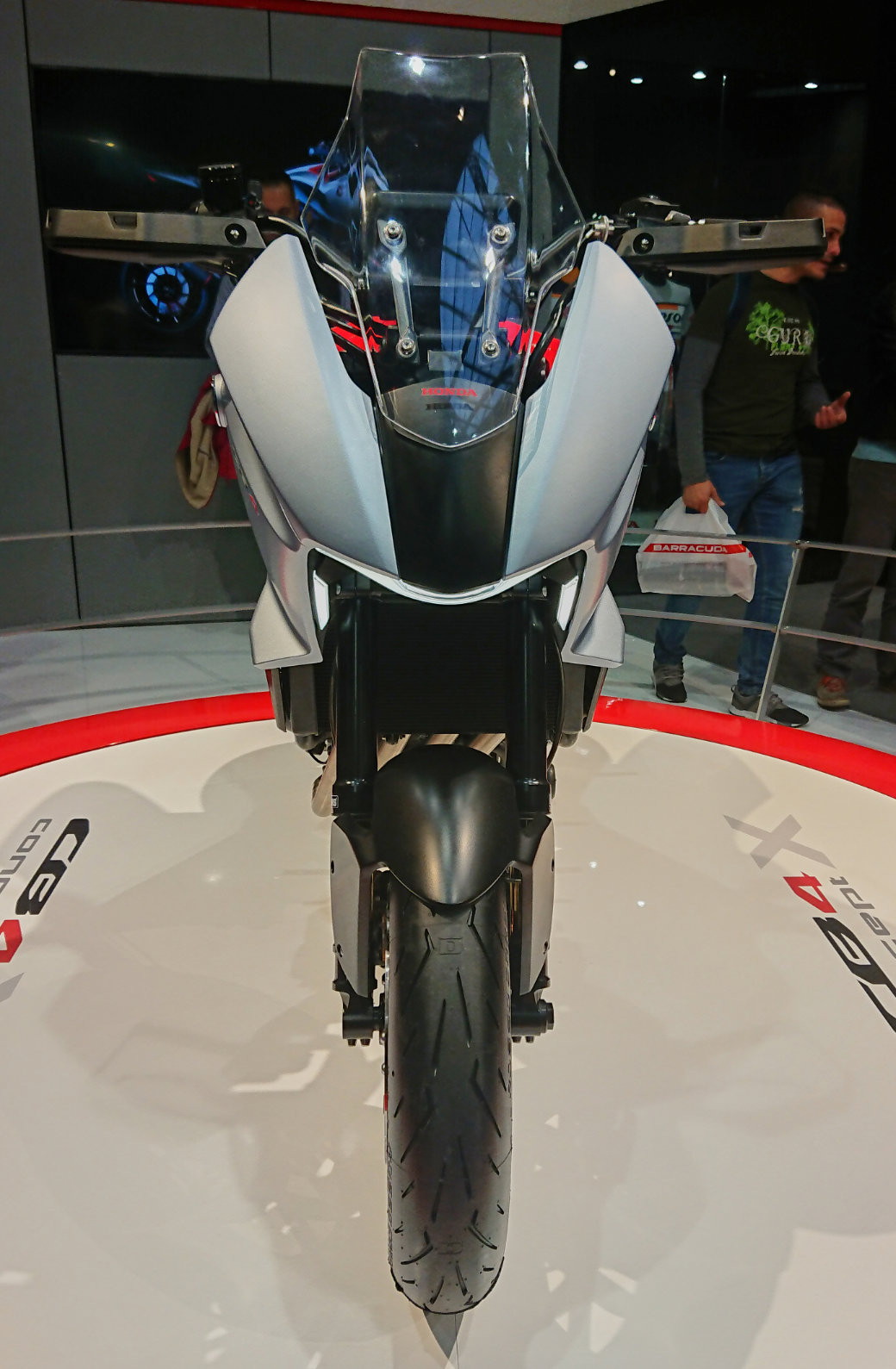 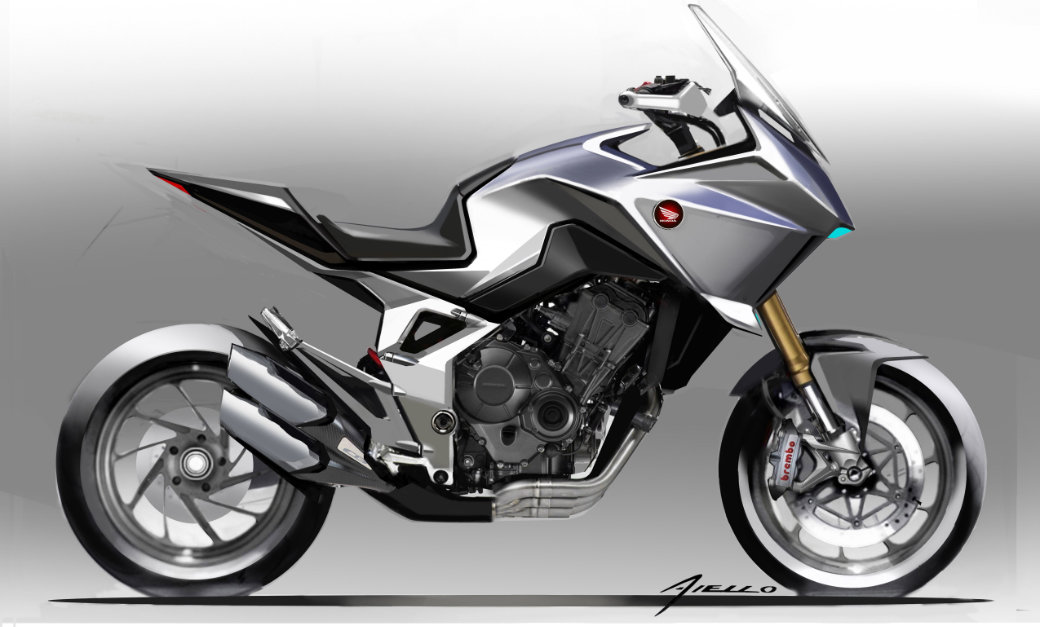 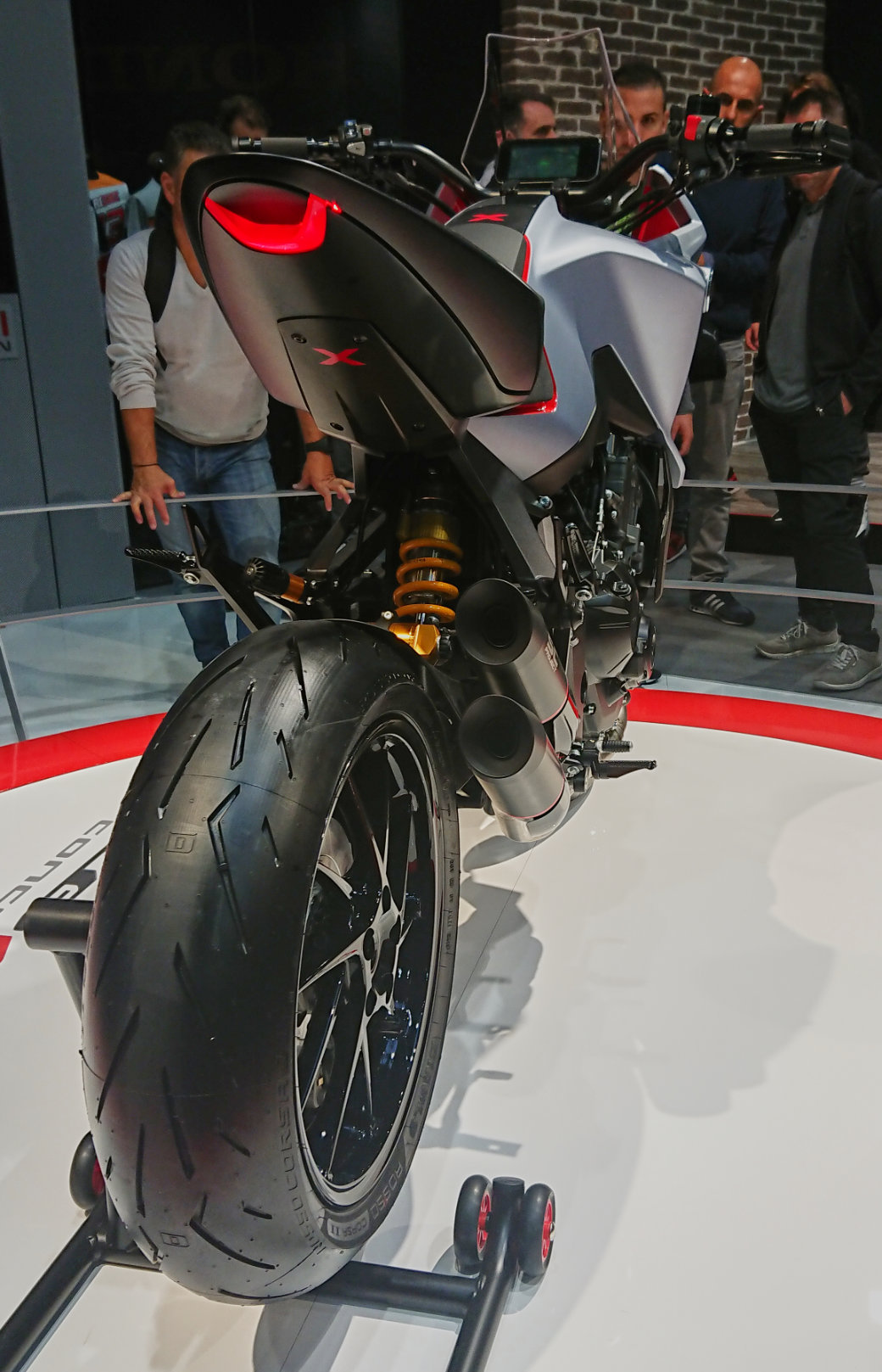 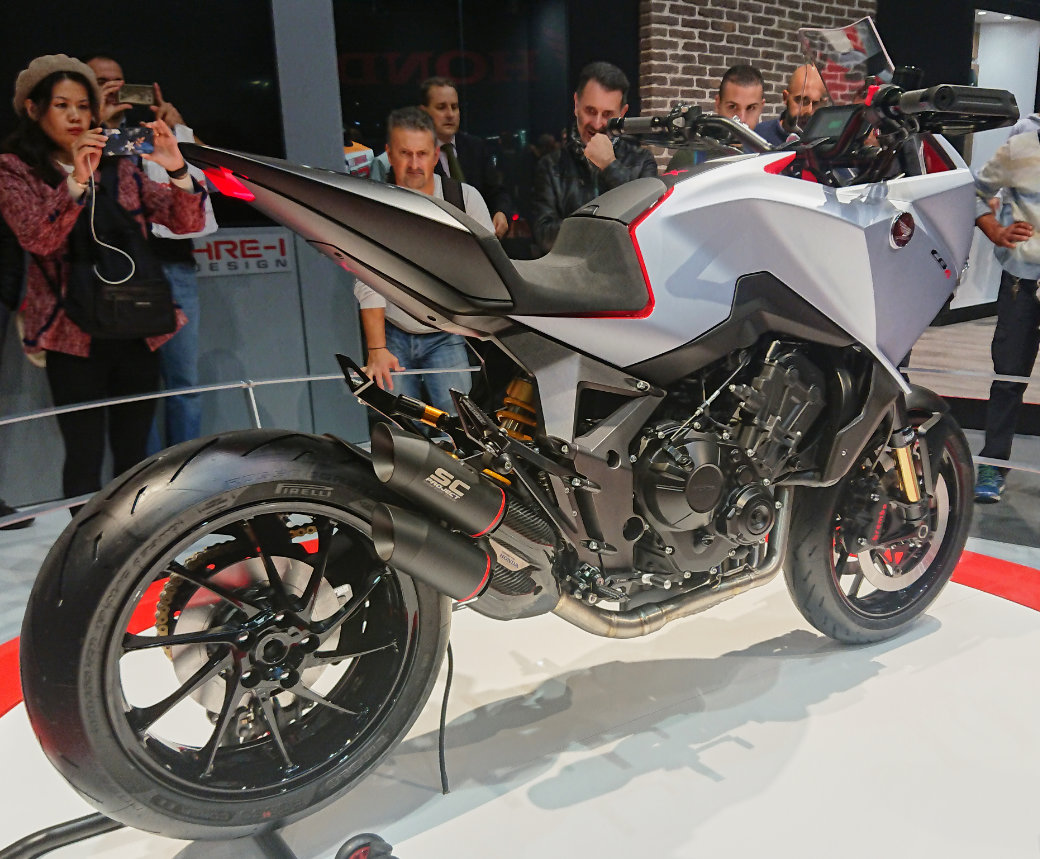