Brough Superior was founded in the 1919 and became famous because was the motorcycle of Lawrence of Arabia. It's a British brand dedicated to luxury motorcycles produced in limited editions.

The AMB 001 presented at Eicma 2019 is no exception, designed by Aston Martin, which for the first time deals with the design of a motorcycle. At the fair it's accompanied by a Vanquish Vision Concept, from which the designers were inspired. 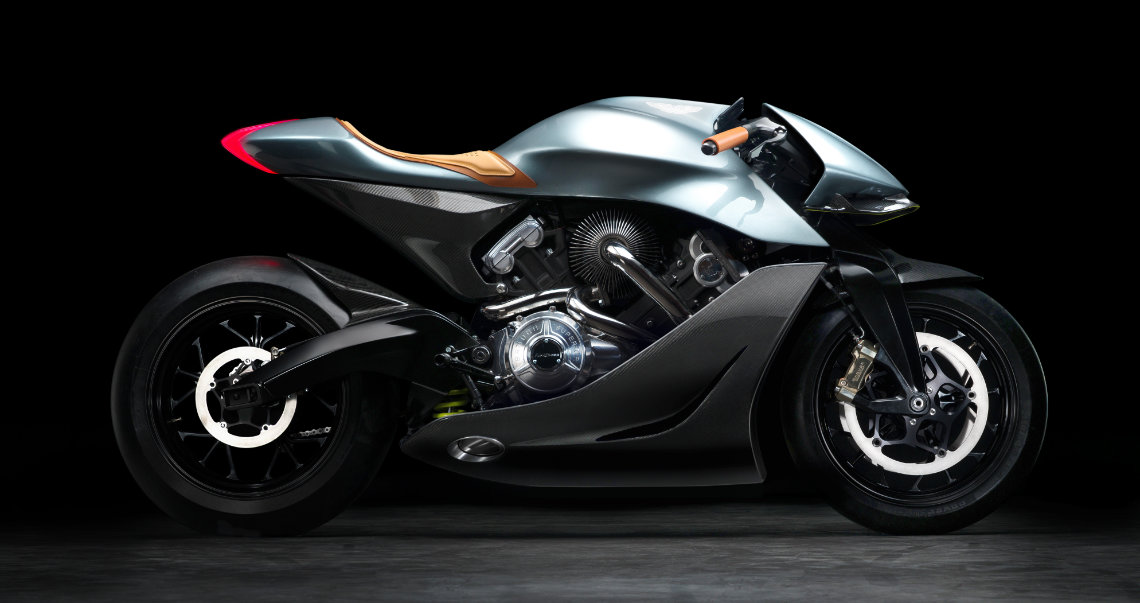 The approach is similar to that taken by Zagato in 2016, a car designer studio, with MV Agusta when they presented the FZ4. Both are inspired by car design style albeit with different results.

The AMB 001 makes exclusivity its trademark, with a obsessive research for extremely sophisticated solutions, and one has the feeling that sometimes it has come to excess. In the sense that some solutions seem justified exclusively by the will to get at all cost a precious object.

There are many valuable details, such as the double-arm fork instead of the traditional one and the large use of carbon fiber. The saddle made by perforated leather has the refinement of the interior of recent Aston Martin.

Certainly the price of 108000 € is not popular, we are talking about a limited edition of 100 pcs, but we can say that it is the less expensive vehicle in the Aston Martin catalog. 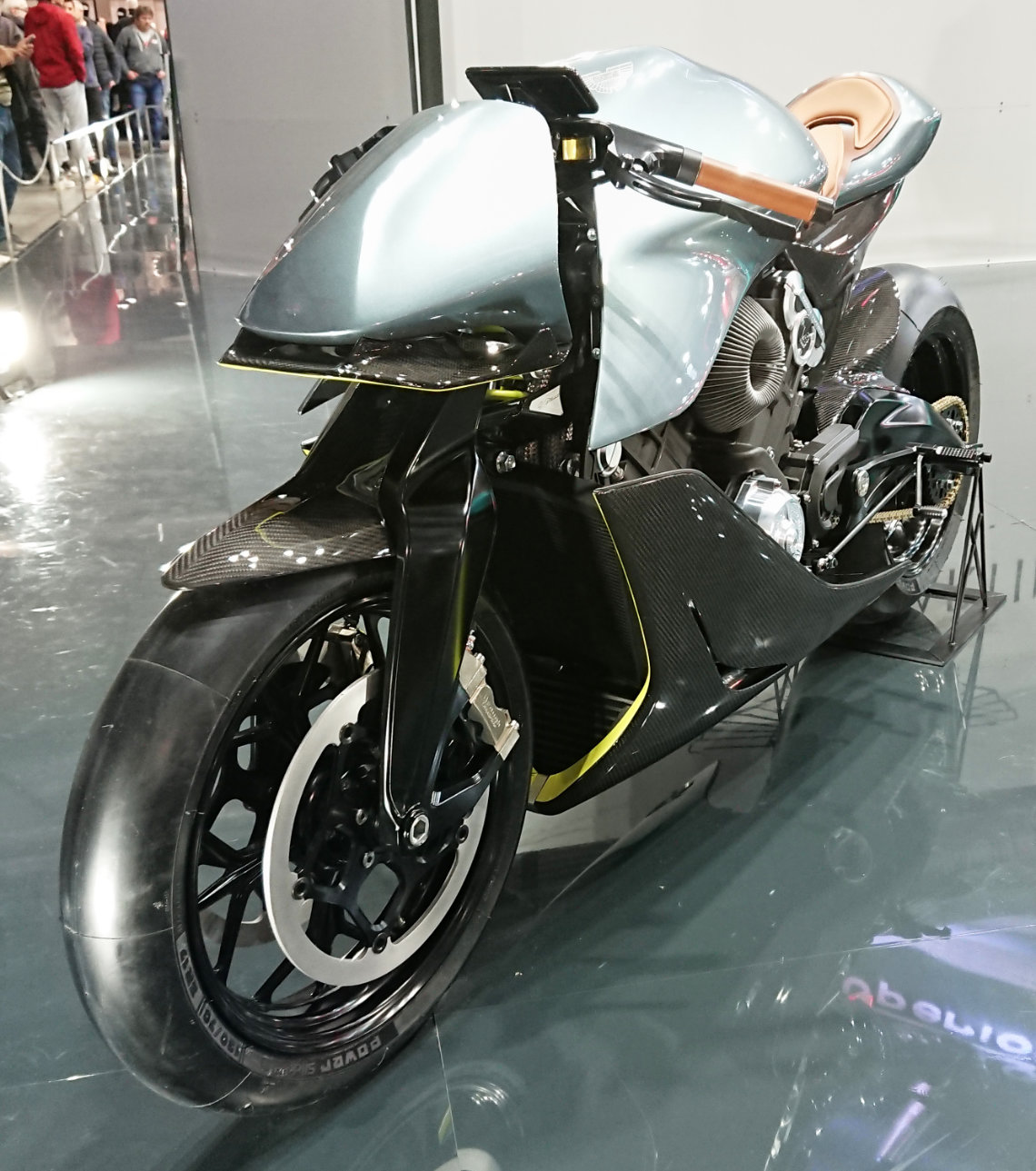 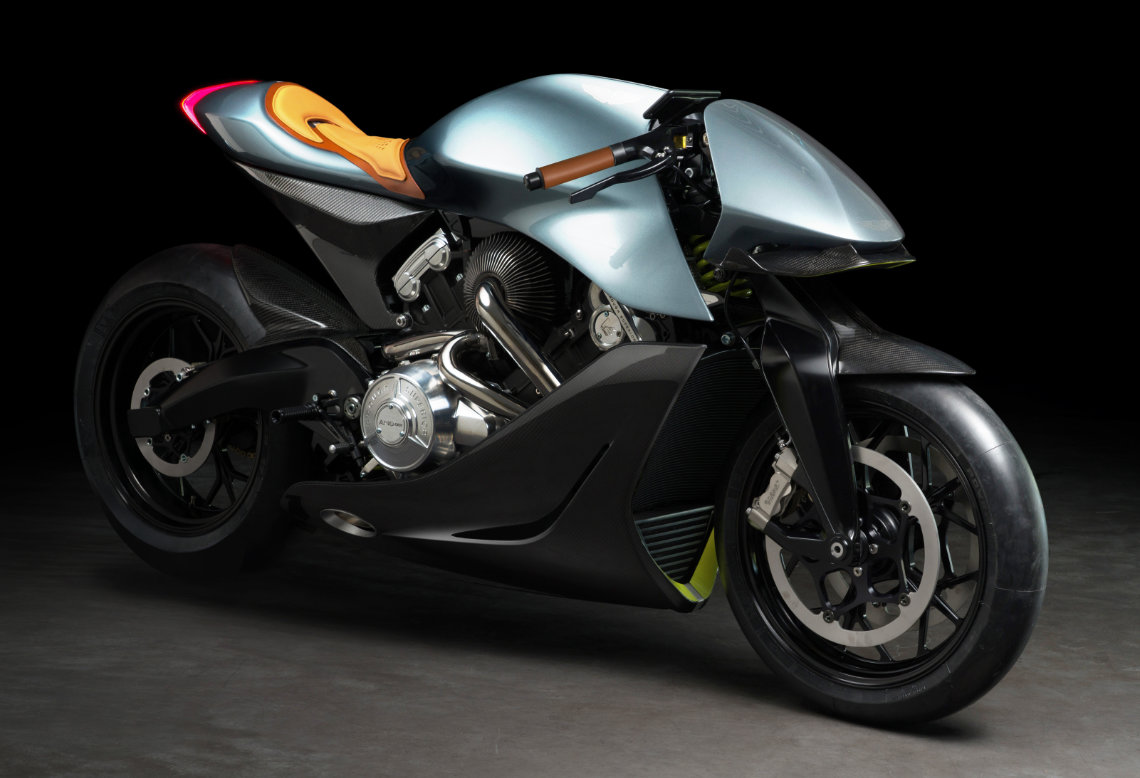 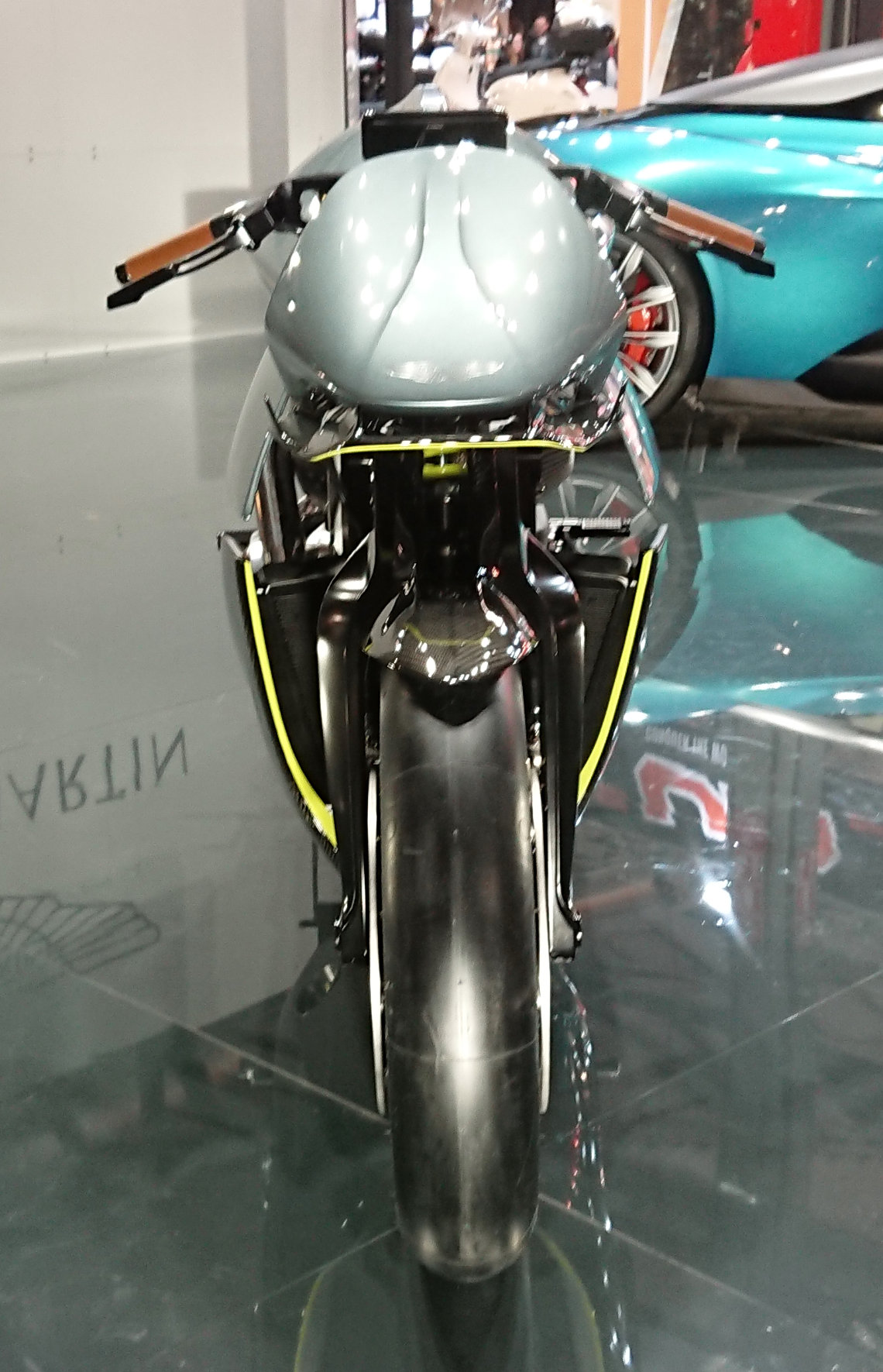 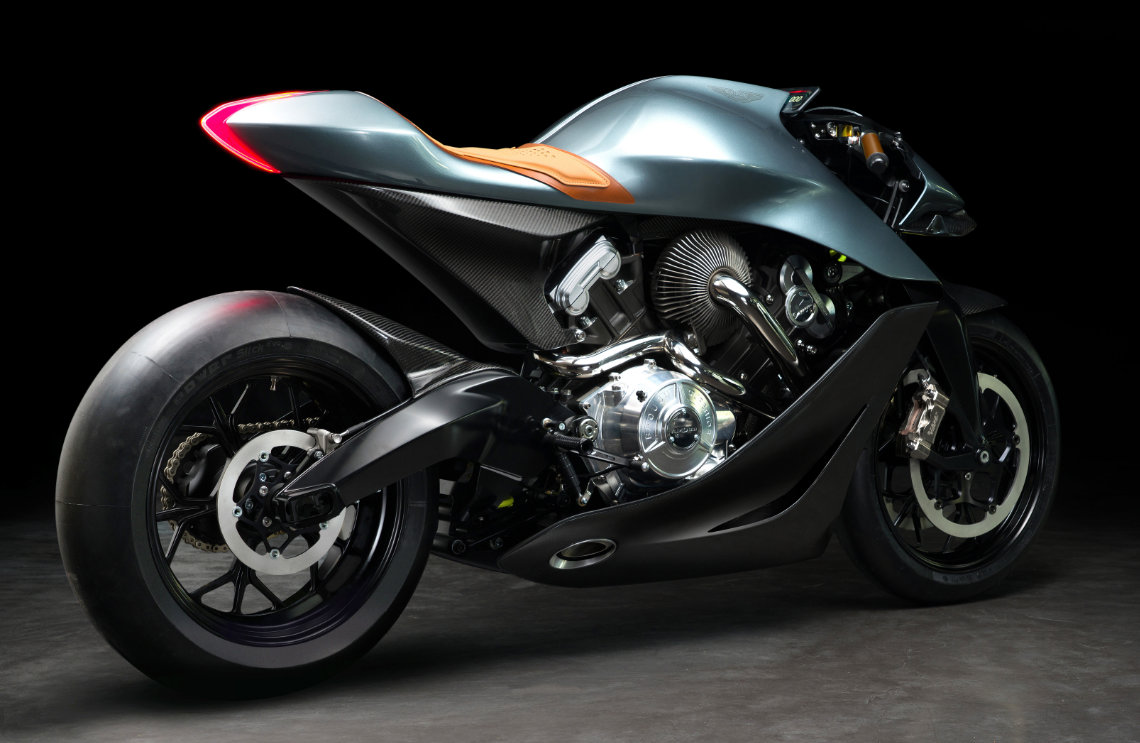 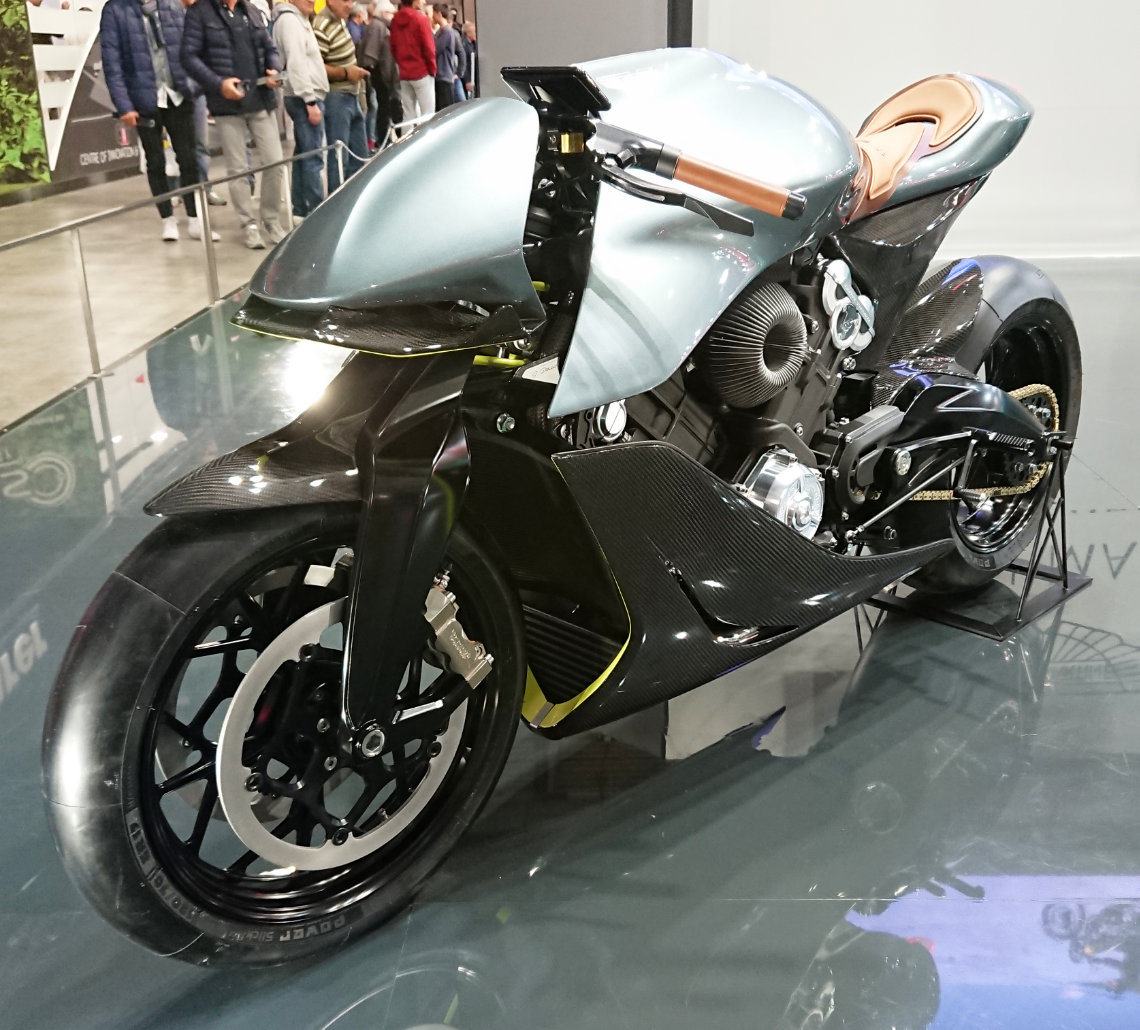 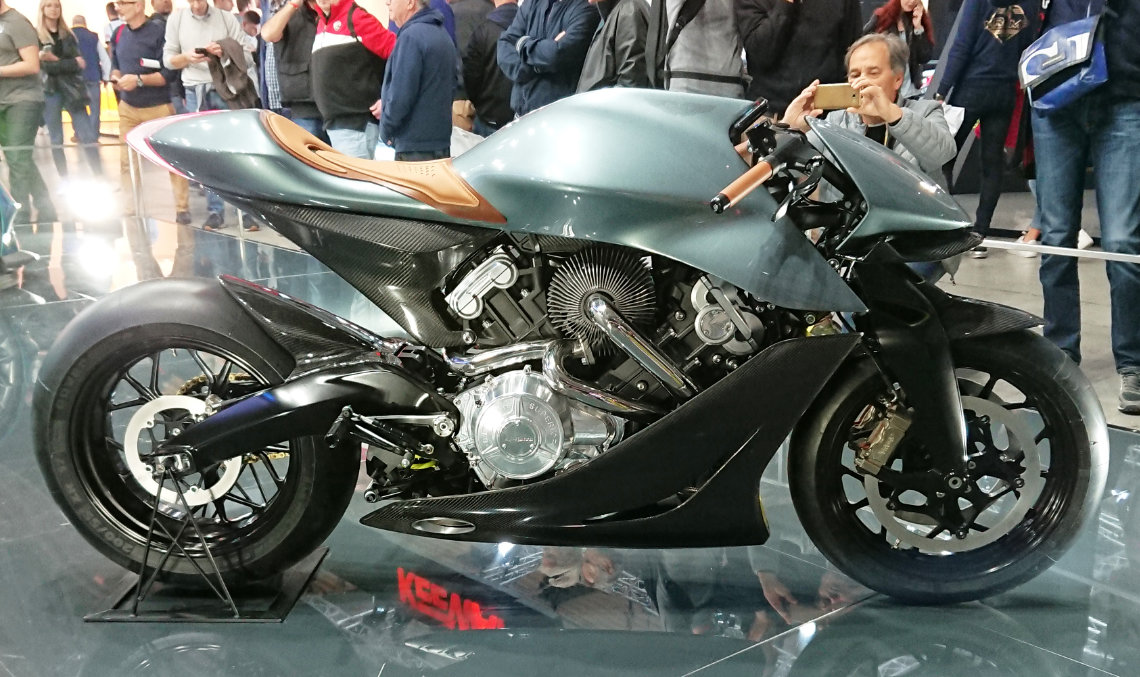 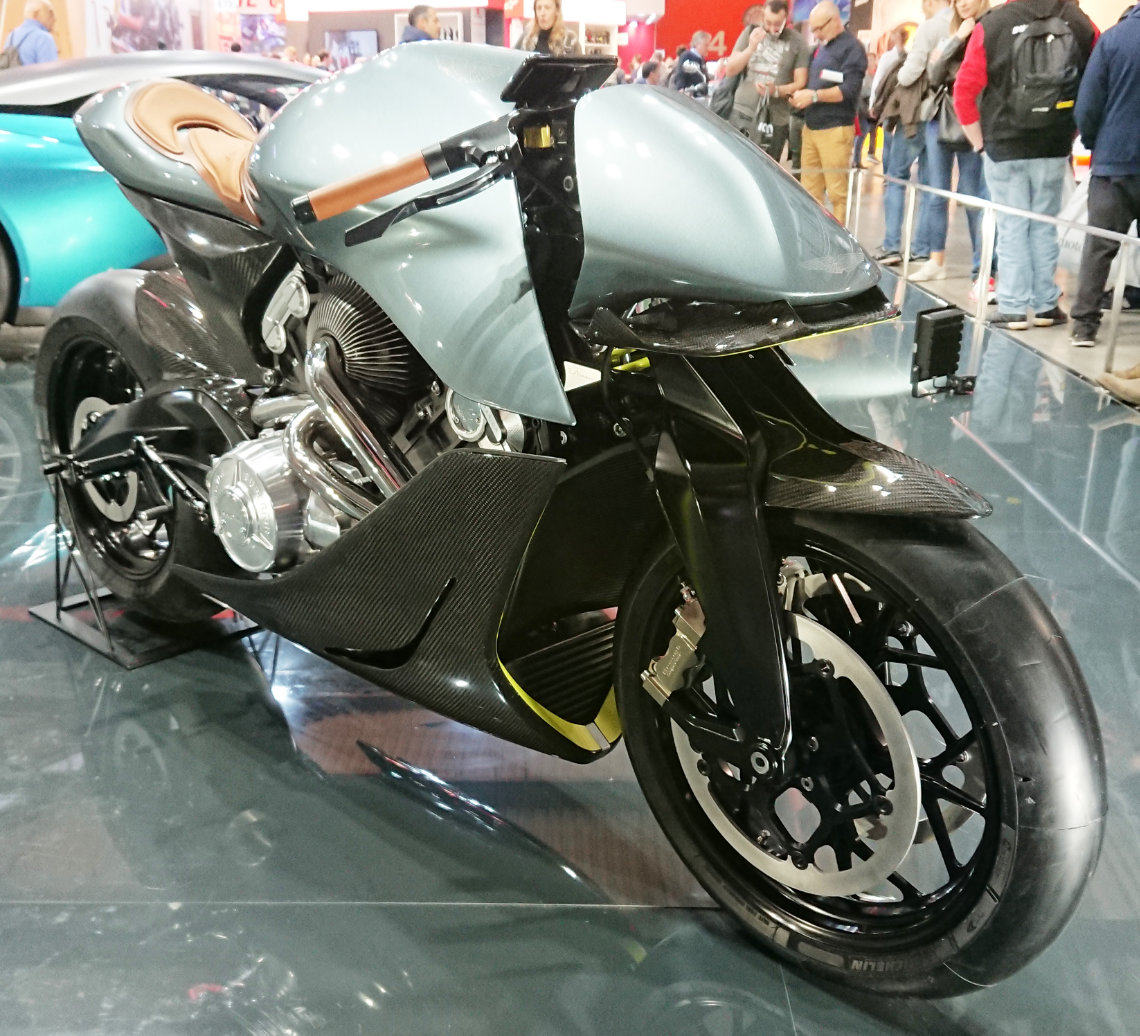 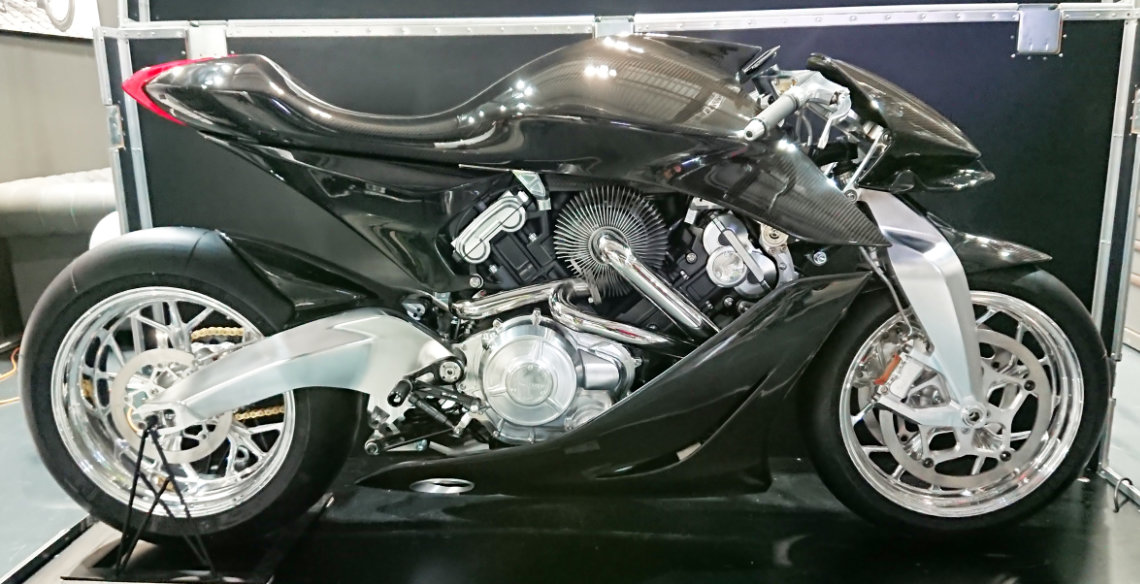