On the occasion of the release of the new version of the Suzuki Katana we take the opportunity for a comparison to the first version. The two motorcycles have been designed at a distance of almost 40 years each other but the idea behind the concept is the same: high-performance naked, high-end components and unmistakable style. 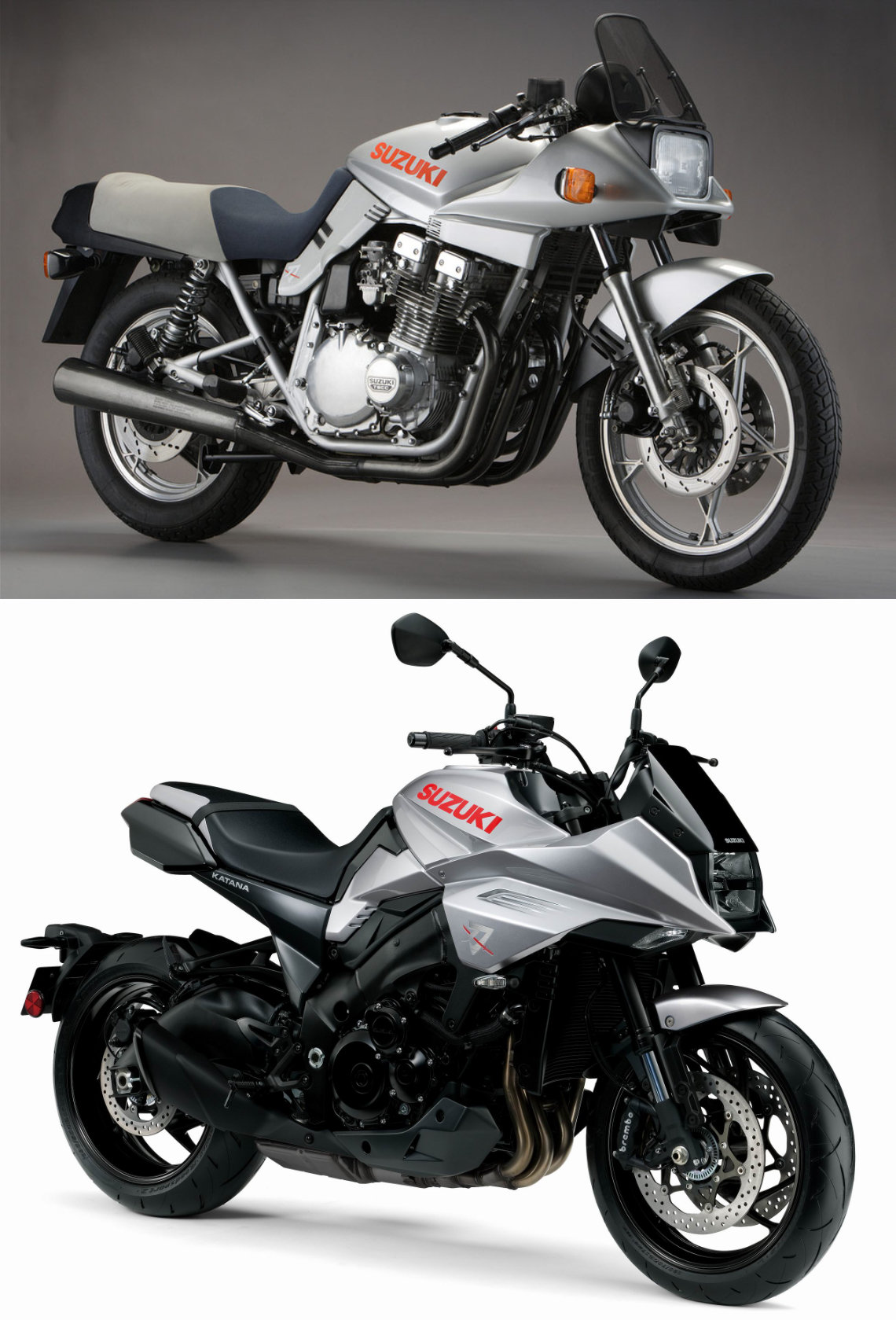 Created in 1980 by Target Design, a German studio that at the time never designed motorcycle before, the Katana is presented as a concept at the Cologne show. Immediately attracts attention for its original aesthetics, many elements in contrast with the era, including tank, sharp, leaning forward and the fairing that embraces the square headlight. 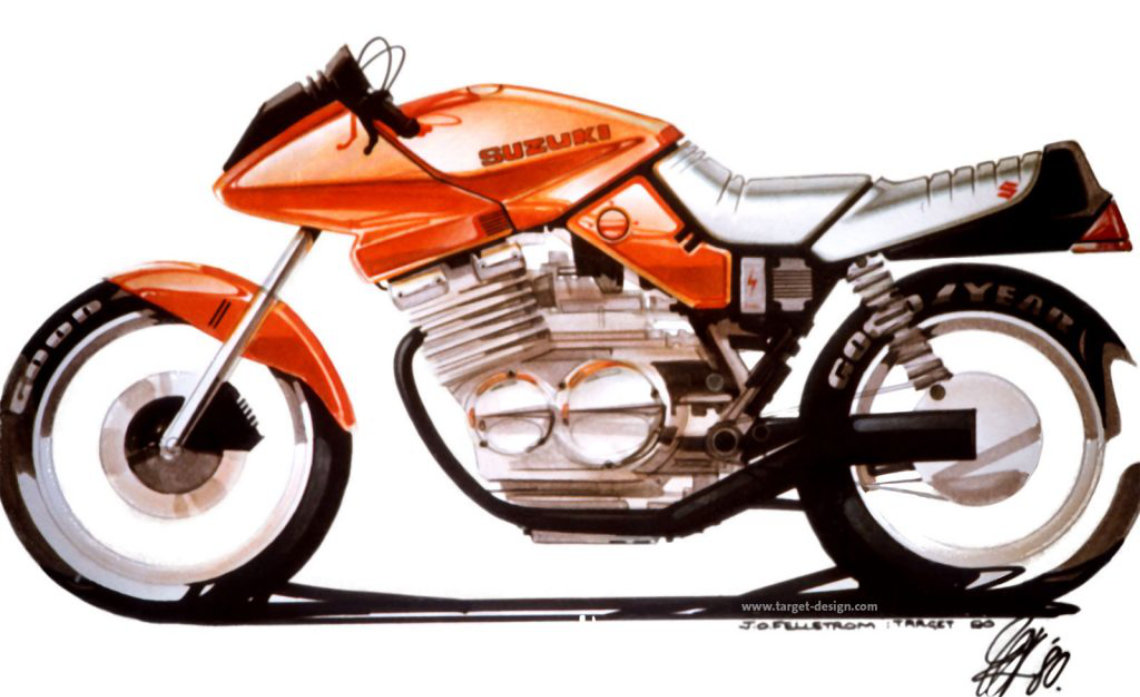 The windshield, absent on the concept version, is introduced in the standard model but, probably in order not to diverge too much by the low and slender shape of the original project, as can be clearly seen from the first sketches, it's kept of small dimensions. Other characteristic elements are the saddle, of generous size and well connected to the tank, the front fender closed on the sides that cover the 19-inch wheel, while on the rear there are an 18 "one.

In general, the style of the motorbike recalls the aesthetics of automotive design of that period, typical square shapes of the 80’s introduced for the first time in the motorcycle field. In the 1984 version there are even a retractable headlight, very fashionable on supercars of that time.

The Katana, evidently for the style judged excessively radical by the public, has poor success in the international market, unlike Japan where a niche of enthusiasts allows it to remain in production for 19 years, although in alternate phases.

In the new model, released in 2019, the designer Rodolfo Frascoli takes up many of the characteristic elements of the old Katana, the sharp lines of the saddle-tank-fairing group are been maintained and became even more extreme and connected together, especially the front fairing, very low and sharp, similar at the old model also the rectangular headlight. 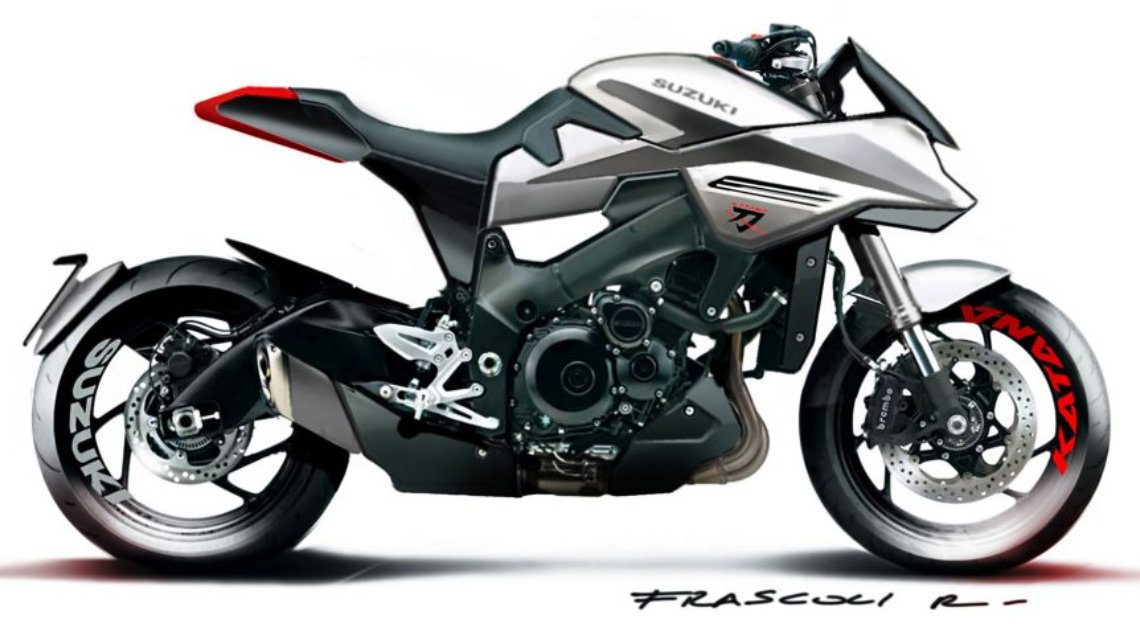 The situation is different in the rear, the tail is definitely shorter and more compact, the passenger seat portion is very thin and the side fairing are minimal. To give the impression of greater lightness in the rear we also find the elimination of the license plate holder, now fixed to the swingarm, and, a forced choice for a sports model, the single shock absorber instead of the old system with side shock absorbers. 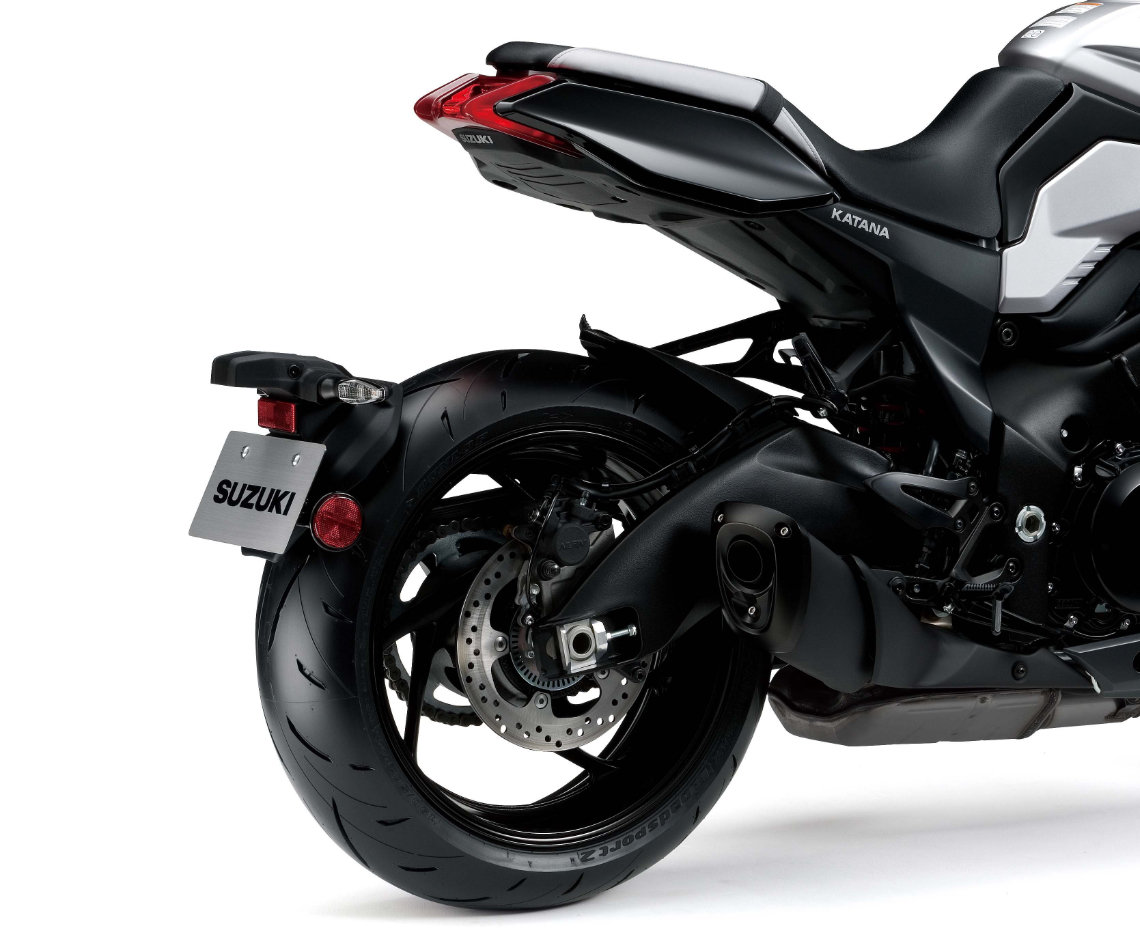 Compared to the previous model, the area between the tank and front fairing is more voluminous, due to the greater number of internal components that a contemporary motorcycle requires. This factor combined with the resizing of the tail makes the bike more muscular and leaning on the front end than the previous one.

There are many details that have not been left to chance, for example the two fins placed under the front fairing in the old model also remain in the new one and gain a new function becoming the housing of the front position lights. Even the headlight retains its shape original rectangular but is been slightly rounded at the sides and uses a LED light source. 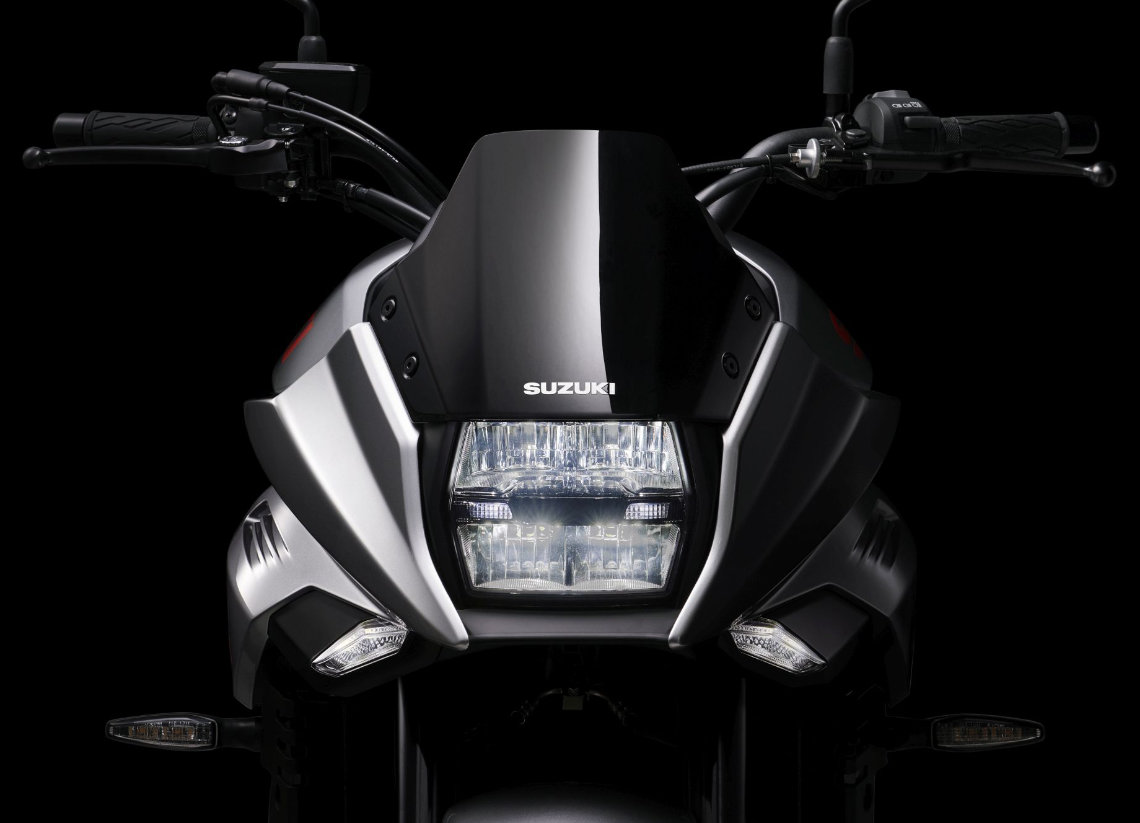 The major changes occurred in the technological equipment , in particular in the command and control bridge of electronic systems: the dashboard. Instead of the classic pair of speed and revs analog indicators we have a nice TFT display full of informations.

The designer has opted for two solutions about the livery: one with classic gray color and Suzuki red logo, and the other completely black. For the rest of the components Suzuki has decided to tack, unlike in the past when shiny metals prevailed, towards a black paint.

There is also the Jindachi version which is enriched with red details. 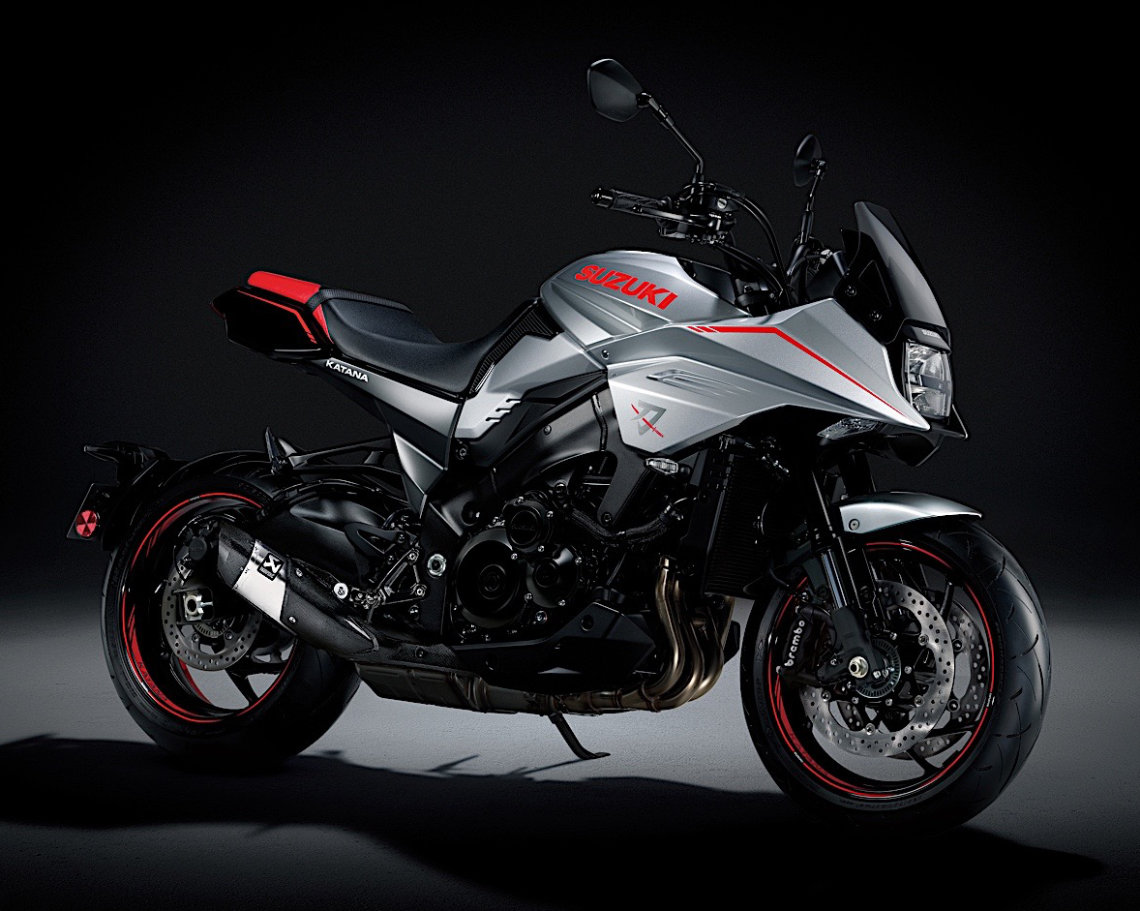